PROTECTING THE PAST: RESTORE MASONRY RESTORES YESTERDAY’S MASONRY FOR TOMORROW 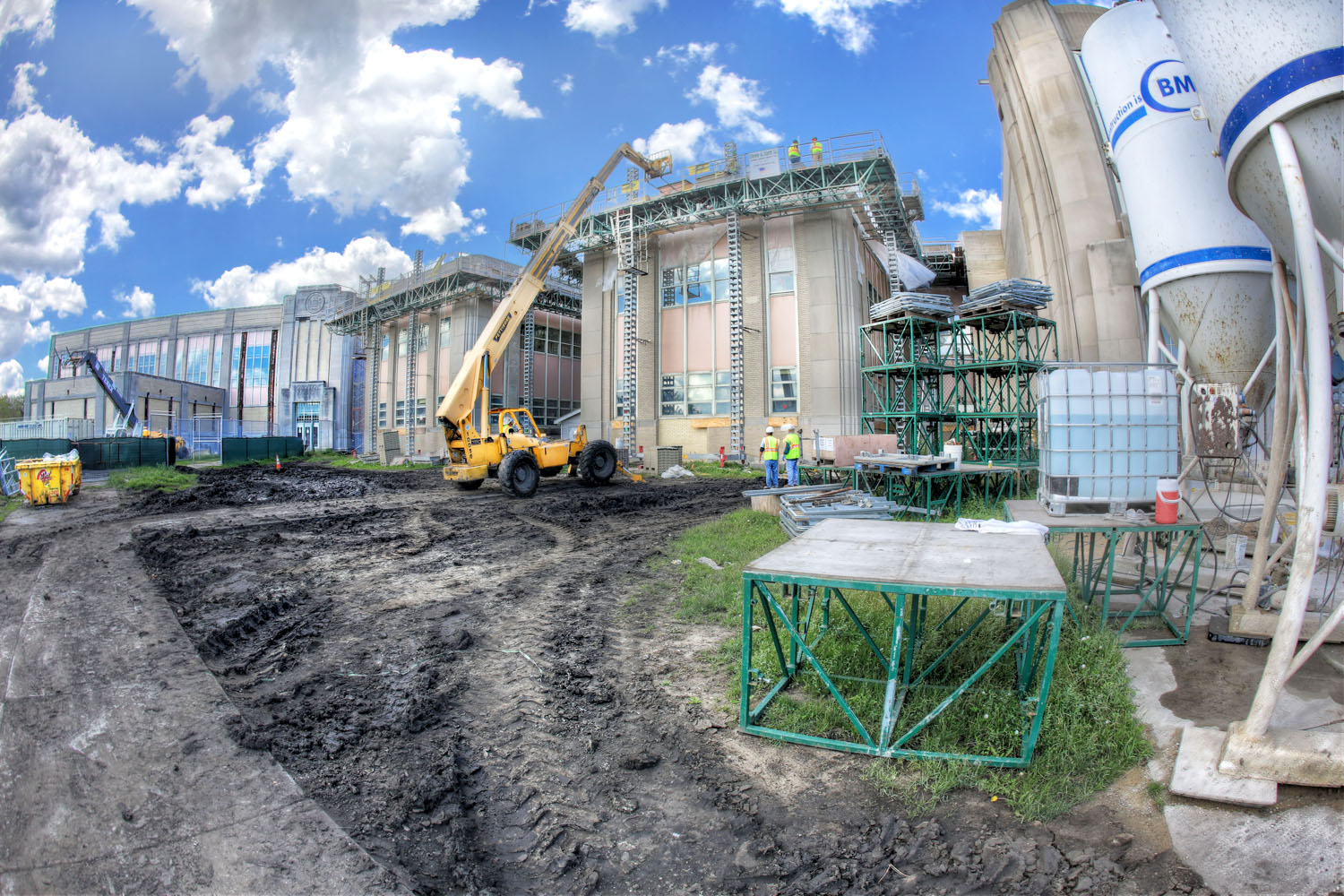 Back in the early 1970s the Chicago Public Schools faced the dilemma of overcrowding and deteriorating buildings. The most expedient and cost-effective solution, it believed, was to use precast concrete construction to build more than 50 new schools. But as the years went by and the panels began to crack, the schools suffered tremendous heating and maintenance problems. The gray boxy buildings weren’t pretty either. People said they looked like prisons.

Using the Ralph Bunche Elementary School on South Ashland Avenue as a test project, the school system turned to Restore Masonry (formerly F&V Construction) to renovate the exterior. But it had to be done over summer vacation while the children were out of school because interior work was taking place at the same time.

Larry Vacala, a partner in the Chicago-based company that specializes in renovation and restoration, was up to the challenge. The demolition and masonry crews worked simultaneously. As soon as a section of precast was removed, the masons laid block and brick, 160,000 pieces in all, in hues of deep red and soft tan. And with the addition of several new windows, the transformation was dramatic.

“Most people said it couldn’t be done,” said Vacala, whose brother, Tom, served as project manager. “We not only did it but we did it ahead of schedule. We put guys on 10-hour shifts and some weeks we worked seven days. We actually had a few days to spare.” It also rained on ten of those days.

Vacala grew up in the construction industry. His father was a carpenter who frequently took his 11 children to job sites. As an adult Vacala first became a union bricklayer and then in 1979 a firefighter for Evanston Fire Department. That’s when, with a schedule of 24 hours on duty and 48 hours off, he went into business. He borrowed $800 from his girlfriend, who is now his wife, to help buy a pickup truck and started small masonry jobs — building fireplaces and tuckpointing chimneys, mostly in the upscale homes along the North Shore . Between the two professions, his respect for masonry grew.

“I realized the strength of masonry and how durable it is against not only weather conditions but disasters,” he said. “I’ve seen microbursts come through and tear roofs and sidings off buildings but the brick structures were unharmed. When we had fires, going inside a frame structure was more dangerous because you were always wondering when it would collapse. A solid masonry structure gives you time to perform your rescues and save the building.”

Eleven years ago Vacala and a fellow firefighter, Bruce Freeman, formed their own company. Vacala retired from the fire service in 1999 and Freeman in 2002. (As an aside, eight of Vacala’s siblings work in construction. The other two are doctors practicing sports medicine.)

F&V began by taking on most types of construction work with the exception of single-family homes. The project that steered them toward a specialty in restoration was the auditorium at North Park University in Chicago . The century-old building had once been magnificent but after being vacant for 20 years, it had suffered severe water damage. The roof was nearly gone. Without drawings to go by, the crew recreated arches and ornamentation, matched existing brick, replaced rotted lintels and replicated sophisticated masonry patterns and projections.

The job, completed about five years ago, entailed some of the most detailed and skilled masonry work Vacala’s team had performed and became an award-winner.

“That’s when I knew that restoration is how we wanted to show our talents from that time on,” said Vacala. “That’s the kind of work we enjoy doing.”

More recently Restore Masonry (formerly F&V Masonry) helped return the Altgeld Hall, an Edwardian-style castle built in the late 1800s at Northern Illinois University , to its former splendor. The two-year project included locating and installing matching rock-face limestone and brick, and making several hundred Jahn patches. Four new gargoyles were made identical to those that were missing and new 20-foot limestone lintels were set in place. The upper castle was completely rebuilt with stone and large decorative piers.

“When you’re opening up a building, you really don’t know everything that is or isn’t in there,” he said. “Even if you have specs, they might say a certain type of anchors but the contractor doesn’t build it that way. They might have used different materials or the materials in the wall may have deteriorated.”

To replicate what may have been created decades ago, Restore Masonry consults with architects, historians and industry professionals. One technique they have used is dismantling portions of a building so that they can rebuild one or more elevations with existing materials and the remainder with new.

“If each elevation is uniform, it doesn’t look like a jigsaw puzzle, which would detract from its original beauty and value,” he said.

Restoration does much more than bring back a building; it often creates new energy and new pride within an entire community. Vacala has seen many areas where rehabilitation becomes contagious, and then property values begin to rise.

“All it takes is one person moving forward,” he said.

But more important, restoration preserves history that can be relived for many more years to come.

“When I look at these older buildings, I see the quality and craftsmanship of bricklayers from long ago,” said Vacala. “They were artists to create the detail and character that they did. It’s almost a sin to tear down a brick structure. I think they can all be brought back to life and look beautiful again.”

Some text in the modal.